Big Society: Now making it easier to run a charity 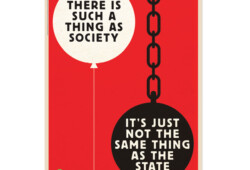 Building on the Big Society idea, the Government has introduced a policy that will make it considerably easier to set up and run a charity. The option of creating Charitable Incorporated Organisations (CIO) has been established to make this a reality. Previously, most charities were unincorporated and the trustees could be held personally liable for any debts of the charity. In order to overcome this, charities used to registered as companies with limited liability, but this is often time consuming, bureaucratic […]