I was concerned to learn from former MP Lembit Öpik that his new employer, Motorcycle Action Group, has been casually besmirched in passing during a court case. As a member of MAG and Chair of the Associate Parliamentary Group on Motorcycling, I object. MAG is a serious, strategic and focussed riders’ rights body. Its appeal is built on many years of hard and often unrewarding work in political circles by dedicated experts. In my regular dealings with MAG’s senior staff, I […]

Justice Secretary Chris Grayling has announced that the Government has changed its policy on causing death or serious injury on the roads through driving while disqualified. Now, if the person who caused an accident leading to someone’s death is found to be already disqualified from driving, the driver will face up to 10 years imprisonment. National Chairman of MAG – the Motorcycle Action Group -, John Mitchell says, “MAG has been campaigning for a change to the sentencing guidelines for a […] The cost of commuting – train vs car vs motorcycle I travel to Parliament four days a week most of the year. Unusually, I’m in on a Friday today for the EU referendum bill (Hooray!) but I’d usually have meetings in Wycombe all day. I can commute by motorcycle, car or train. Bike travel can be miserable in the cold and dark when it’s raining, but I tend to like it anyway. Driving is painful: filtering by bike isn’t much fun but sitting in a queue is worse. Or I […]

Motorcycle rider licensing must be part of our EU renegotiation 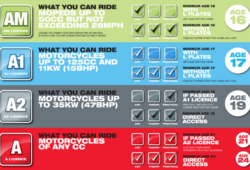 The issue of rider licensing is still causing alarm among motorcyclists. I have been contacted by riders and businesses who are concerned about the complications that the European Union has introduced to the British motorcycle licence through unwelcome directives. This issue is important because as well as being a great leisure and tourism activity, more and more people are using bikes to get to work as a cheaper form of transport than trains or buses, plus of course motorcycles are […]

Motorcyclists: ‘Stay in Control’ this Summer 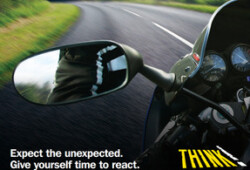 The Government’s ‘Stay In Control’ campaign — developed with partners from the motorcycle industry -– encourages motorcyclists to refine their riding by taking advanced training with qualified instructors and to consider being especially vigilant when road traffic increases as the summer weather arrives. The Minister, Stephen Hammond, has said: Motorcyclists make up just 1% of the traffic on our roads but last year accounted for 19% of deaths. So reducing the number of bikers killed on our roads is a key […]

Following the debate I called on motorcycle rider licensing, the Motorcycle Industry Association has “applauded [my] defence of UK motorcyclists against EU Legislation“, The Motorcycle Industry Association (MCI) is fully supportive of MP Steve Baker’s comments this week in parliament, when he accused the EU of ‘heavy-handed mistreatment of bikers’. Steve Baker was referring to proposed legislation regarding motorcycle construction and changes to licensing, which are due to be imposed on the UK by the European Commission next year. Steve […] Tonight, I led a rather early adjournment debate on motorcycle rider licensing, where the EU has added to the joy of motorcyling, the dreariness, aggravation and expense of capricious bureaucracy. I was grateful to Norman Baker for answering the debate in the place of Mike Penning, who has just moved to the Northern Ireland office, after stoically defending riders rights and liberties as Roads Minister. Licensing is not the first battle that bikers have had to fight against the EU. […]

Washington Post: Britain’s continental drift away from the European Union

Via the Washington Post: LONDON — Like so many others in this fiercely independent island nation, Steve Baker, a dashing English engineer, is fed up with the long hand of the European Union in British life. The E.U., he said, has meddled for years in Britain’s legal affairs and labor laws. But this time the 27-nation body had gone too far by interfering with his pride and joy: the retrofitted KTM 950 motorcycle he rides on the country lanes of […] Via 100 Tory MPs call for Cameron to prepare legislation for EU referendum: Is the momentum towards a referendum on Britain’s relationship with the EU becoming irresistable? I ask because, this morning, nearly 100 Tory MPs have signed a letter to the Prime Minister urging him “to place on the Statute Book before the next General Election a commitment to hold a referendum during the next Parliament on the nature of our relationship with the European Union”. Of course I […]