Labour weakness and the SNP: the Conservative campaign should emphasise the Labour backbenches Via Share the Facts, Nicola Sturgeon’s demands to make Ed Miliband Prime Minister are summarised: Last night, Nicola Sturgeon confirmed what we already knew: she’s offering to help make Ed Miliband Prime Minister. The SNP’s list of demands to prop up a weak Labour leader is getting longer – and hardworking taxpayers would pay the price. The prospect of a Labour/SNP coalition is exceptionally concerning: it would leave our country disarmed, vulnerable economically and liable to break apart, amongst other things. I […]

The choice at the next election in 80 seconds 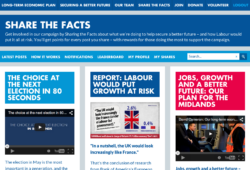 Via sharethefacts.conservatives.com, “the choice at the next election in 80 seconds”: The election in May is the most important in a generation, and the choice couldn’t be clearer. It’s between the competence of the Conservatives, with a long-term economic plan that is securing a better future for Britain – or the chaos of a weak Labour leader propped up by who-knows-what minor party. You can join Wycombe Conservatives or donate here. 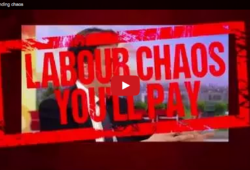 Via Share The Facts: Labour’s spending plans are in chaos – with Ed Miliband and Ed Balls spending the money from their proposed homes tax over and over again. Last week Balls said the tax will fund the NHS and nothing else: ‘All the money we raised from the mansion tax will go the National health Service’ (LBC, 21 Jan 2015). But now Miliband says the tax will pay for reducing the deficit: ‘A plan to pay down the deficit […] Via the Conservative Party, “Labour would increase borrowing by over £20 billion in the first year of the next Parliament”: Britain has a clear choice at the next General Election: competence or chaos. We can continue on the road to a stronger economy with a competent Conservative team that have a long term plan; or we can choose the chaos of Labour’s £20.7 billion unfunded spending promises, higher taxes and more borrowing which would take us back to square one. […] 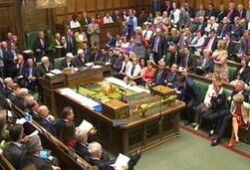 Anyone reading the BBC news site this morning might think Labour, the party which led us into Iraq, had saved the day. Via BBC News – MPs debate Syria after ministers drop quick vote on action: MPs are set to debate military action in Syria in principle only, after the government dropped plans for a speedy vote on British intervention. A Commons motion to be debated later states that a final vote on action should be held only after UN […] 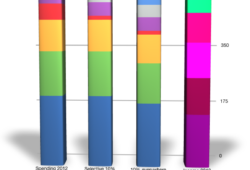 Today, we’ll be debating an Opposition Day motion on fuel duty, which I want cut. It’s shocking that 60% of the pump price of petrol is tax. Nevertheless I won’t be supporting Labour. It’s one thing to be supported by Labour on a important constitutional point — Parliament’s control over our EU budget contribution, for example — but it is another to support them on an Opposition Day designed to injure the Government. In any case, fuel is 10p a […]

Labour rigour and high standards for all

Via House of Commons Hansard Debates for 21 Jun 2012, remarks you would not make up: We on the Opposition Benches believe in rigour and high standards for all, but we also believe in a broad curriculum that prepares young people for work, so we will set a series of tests to ensure that the changes meet both. First, Labour wants higher literacy and numeracy standards. The key is to raise teaching quality across the board. Is there any reason to […] Having just read Chuka Umunna’s speech yesterday, I am sorry I was not able to make the debate. There is one particular fallacy underlying Labour’s rhetoric and this particular speech’s bluster: government cannot live forever beyond its means. Evidence I have presented elsewhere shows that the total tax burden has been around 42% of GDP for 40 years, whoever has been in power. It looks like there is a practical limit to how much of national income the state can […]