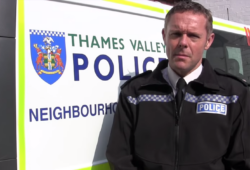 Offences of criminal damage continue sporadically in Wycombe. A few criminals are causing expense, inconvenience and distress to entirely innocent people who often cannot afford the costs imposed. The perpetrators deserve prison. In this video, Wycombe police commander Superintendent Ed McLean explains continuing police operations: While I was an MP, the police briefed me on their actions and I attended a meeting between the police and residents. I also met residents on the streets. The victims are understandably furious. The police are […] 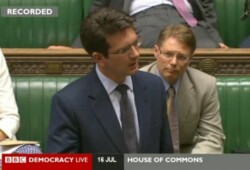 Yesterday the Prime Minister gave a statement to the House on the EU Council, Security and Middle East. I asked the following question; Steve Baker (Wycombe) (Con): I was appalled to learn that the British terrorist interviewed on “Newsnight” came from Wycombe. Does my right hon. Friend agree that this man has disgracefully betrayed the community that I represent? Given what was said, can he reassure me that if that man presents in the UK, he will face the full force of the law? […]

The assisted suicide debate will be interpreted in multiple ways

Yesterday, Parliament debated the motion, “That this House welcomes the Director of Public Prosecutions’ Policy for Prosecutors in Respect of Cases of Encouraging or Assisting Suicide, published in February 2010.” The Policy is available here. It says in particular, This policy does not in any way “decriminalise” the offence of encouraging or assisting suicide. Nothing in this policy can be taken to amount to an assurance that a person will be immune from prosecution if he or she does an […]

How to repatriate 130 EU laws

This week Open Europe published a new report that shows how the Government could repatriate 130 EU laws on crime and policing, including the controversial European Arrest Warrant. The Government must decide before June 2014 whether a whole raft of EU police and justice laws, adopted before the Lisbon Treaty took force, will continue to apply in the UK beyond December 2014. Under Lisbon, if the Government opts out of any one of the existing laws, it has to opt […]