Monetary activism must end in a slump 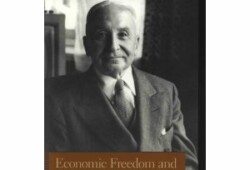 On Friday, I spoke against monetary activism once again, complaining about the use of expectation management and new monetary instruments in an attempt to defibrillate the economy. It’s a mistake, not least because a failure to contain inflationary expectations could be catastrophic, as I set out last year. Mark Carney understands the argument that monetary activism will cause a damaging “intertemporal misallocation of capital” but he chooses to believe wise intervention elsewhere can compensate. I am sure this is wrong. […]

How to transform a nation in ten steps

Brought forward. I was challenged last night to advocate flat taxes. Here’s one of my previous posts which does so. Another is here (you will have to forgive the oversize graphs). The Georgian recipe for “an amazing transformation”: Low and flat taxes Legislative commitment to reducing the government’s fiscal footprint (IE spend less!) Deregulation and cutting red tape And thereby suppressing corruption Unilateral free trade: no import tariffs or barriers of any kind Very flexible labour legislation No sector or […]