The Independent reports my reaction to US Secretary of State John Kerry’s intervention in the EU debate: Responding to Mr Kerry’s remarks at the Munich annual security conference the Conservative MP Steve Baker said to the Independent: “I refer Mr Kerry to the US Declaration of Independence. We will do peacefully at the ballot box that for which his nation fought a bloody war of insurrection. “If the USA must express a view on the UK’s right to the separate […]

Answers to the key questions on Syria

Online and in the comments on my last article, members of the public are raising legitimate questions which were, I think, answered in last night’s debate. To read the media, one would think we had voted for a general war: we did not. The motion, as I reported, was tightly drafted. The speeches made by the Foreign Secretary, Philip Hammond, and his Labour shadow, Hilary Benn, made the case clearly. Mr Benn’s speech was outstanding: it may be found here by using […]

In a previous article, I said I would decide whether to support the Government in extending military action against ISIL/Daesh into Syria once I had seen the motion. The motion is here and it is as follows (layout and emphasis my own): That this House notes that ISIL poses a direct threat to the United Kingdom; welcomes United Nations Security Council Resolution 2249 which determines that ISIL constitutes an ‘unprecedented threat to international peace and security‘ and calls on states to […] Last night on Wycombe Sound, I promised to make available the Prime Minister’s response to the Foreign Affairs Committee’s inquiry on Syria. The inquiry produced the report The extension of offensive British military operations to Syria (PDF). It concluded: In the face of a humanitarian and security catastrophe, there is a powerful sense that something must be done in Syria. We agree that it is a key British national interest to defeat ISIL and we consider this to be a necessary goal for […] 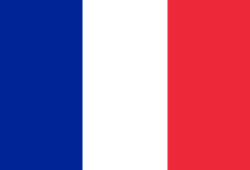 The atrocity in Paris last weekend has horrified people across the globe.  It is clear this barbaric attack has underlined all decent people’s rejection of terror and violence and reaffirmed their commitment to live in an open and free society. It has reinforced everyone’s intolerance of violence and extremism. The freedoms we enjoy were won at great cost and should not be surrendered in cowardice. Our way of life is worth defending. Those of us on the centre right of politics believe […]

Why I will vote to recognise Palestine

On 21 July, I wrote of the conflict over Gaza: As we have recoiled from the violence committed by both sides, too little attention has been paid to the reality of Israeli settlements on the West Bank, their development over the years and their consequences for Palestinians. The progression of those settlements has left the Palestinian people in a state of despair. The election of Hamas appears to be one result. A hopeful future must be found instead. As William Hague […] ISIL is a brutal tyranny founded on a narrow and perverted interpretation of Islam together with unyielding violent religious intolerance. Muslims in Wycombe have with one voice condemned ISIL. Resisting ISIL with lethal force is a just and essential cause. We have been asked to set aside the mistakes of the past. Sectarianism, intolerance and entrenched interest appear to have prevented the emergence of open liberal democracies across the Middle East and North Africa. Those factors are apparently still in place. […]

Gaza: the violence must stop

As the appalling toll of lives lost has mounted again today in Gaza, it is increasingly clear that it is practically impossible for the Israelis to conduct proportionate operations there. The UN Security Council has rightly called for an immediate ceasefire. The UN Secretary General has described Israel’s shelling of the Shejaiya district of Gaza as “an atrocious action”. Israeli Forces may well give advance notice of their actions but Gaza is arguably too densely populated to allow effective evacuation under operations […]

Yesterday, the House of Commons heard a statement from William Hague on Gaza. Today, I met a party of pupils from Cressex School whose concern was obvious and who were keen to discuss the situation. Later in the week, I expect to meet a group of local people to discuss it further. Many local people have contacted me by email. It is a matter of grave concern that violence has once again escalated. I see this evening that “Israel has resumed […] As the debate on Ukraine proceeds in the Commons, I’m once again delighted to discover so much expertise which was hitherto wasted. Having spoken to Ukrainians protesting outside Downing Street about 10 days ago, I’m grateful that the House of Commons Library has produced this briefing: Ukraine, Crimea and Russia (PDF, 48 pages, 1.443 MB). From the Summary: In November 2013, the Ukrainian government of Viktor Yanukovych decided that it would not sign an Association Agreement and a Deep and Comprehensive […]