Yesterday, I spoke against Clause 35 and schedules 15 to 17 of the Finance Bill 2013. They introduce tax relief for “high-end” television production (that is, posh drama and comedy) and video games development. They’re industries I’d like to see flourish but not by granting special privileges. It’s special privilege which is the most egregious objective of lobbying: it represents a subsidy for a preferred group at everyone else’s expense. I began by provoking laughter, for this kind of measure deserves to be […]

Bad ideas that never die: a Parliament of special interests

The Times is running two letters under the heading, Should the Upper House be a Senate? (£). The first letter calls for a federal senate with equal representation for each nation of the UK. (Quite why the smaller nations should be disproportionately powerful, I do not know.)  The second calls for a chamber of representatives from “leading professional and other expert bodies such as the Law Society, the British Medical Association, the Institute of Chartered Accountants, the Royal Institution of Chartered […]

Thought for the day – liberalism, as classically understood

The program of liberalism, therefore, if condensed into a single word, would have to read: property, that is, private ownership of the means of production… All the other demands of liberalism result from his fundamental demand. Via the Ludwig von Mises Institute. Over lunch today, I very much enjoyed setting out the Austrian School programme of classical liberalism advanced by Mises to the Freedom Association. These days, it would be known as Conservatism, but there we are. Sooner or later, politics […]

Via Business Minister Mark Prisk wants to strip away the red tape – Telegraph: Friedrich von Hayek is a controversial choice as a pin-up. But a signed pamphlet that the Austrian-born economist wrote in 1980 entitled “Full employment at any price” is proudly framed on Business Minister Mark Prisk’s wall. In placing it there, the Conservative MP for Hertford and Stortford is following in a line of leading Tories to place their faith in one of the 20th century’s most […] 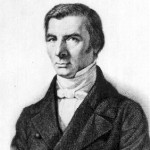 This post originally appeared at The Cobden Centre. In the course of things, I had cause to quote Bastiat, a French classical liberal theorist, political economist, and member of the French assembly: “The state is the great fiction by which everyone seeks to live at the expense of everyone else.” This prompted me to dig out the original essay. As the UK’s national debt doubles and after a period within which QE was used, creating space in the market for […] On a grey and showery day, skydivers at Weston on the Green commemorated D-day, not by skydiving, but by jumping static line at what for us is a low level: 3500ft. It makes you think. D-day Commemoration – Dornier G92, originally uploaded by stevenjbaker. Sport parachuting is relatively low risk, believe it or not. We go high with modern equipment: it works reliably and there is time to take the reserve if the main fails. No one is, or will […]

I just finished Gowing’s 1885 biography of Richard Cobden, whose doctrine was that free trade would lead to world peace through interdependence and mutual cooperation. Cobden was a leader of the Anti-Corn-Law League — a substantial feat of political agitation — which was established to oppose protectionist measures on corn and decrease the price of basic food products. Cobden viewed the task of the League as “instructing the nation.” We learn in the biography: Only seven years before the total […]