Are these events another stage in the death of neo-conservatism? I hope so 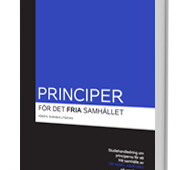 There is in centre-right political parties a strand of thought known as “neo-conservatism”. Like socialists, neo-conservatives talk about freedom but believe in power, not liberty under law. We have seen their influence in the words and actions of the past few days. Wikipedia provides a summary: Today’s neo-conservatives unite around three common themes: A belief deriving from religious conviction that the human condition is defined as a choice between good and evil and that the true measure of political character is […]