LearnLiberty: Why Do Politicians All Sound the Same? 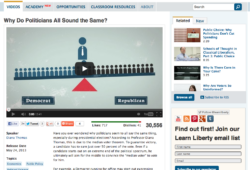 Via LearnLiberty, In a two-party, majority rule system, moving toward the center is not likely to alienate the voters on the ends because they feel there is not another viable candidate to vote for instead. This means, there really isn’t any penalty for a candidate chooses to move toward the middle. And it explains why all politicians end up sounding the same. Too cynical? Try reading this excellent primer on public choice theory. But what can you do about it? […]

HS2 – a study in why politicians make bad choices 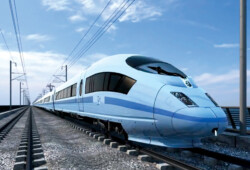 Yesterday, a number of us voted against the preparatory bill for High Speed 2. I remain opposed for the reasons I have given. As if the economic case were not weak enough already, yesterday another £10 billion was added to the cost: Patrick McLoughlin said that the projected cost has risen from £33billion to £42.6billion because of a significant “contingency” fund to cover the cost of potential problems with the programme. This excludes the cost of the rolling stock, billions […]

The Government vs the State ConservativeHome reports that the Government (the ministers) are scaling up their battle against the civil service: Outside of Manchester, the most significant political speech of the day is being delivered by Francis Maude to the Institute for Government. Indeed, it could actually be more significant than “the most personal speech ever given by a British political leader,” too. For Mr Maude’s subject is the structural relationship between government and the civil service, and how it should be altered. His words will […] It’s common for politicians and officials to discuss “market failure” before setting out how the government will correct those failures. However, government fails too and with widespread, profound consequences for us all. Why? Dr Eamonn Butler’s Public Choice – A Primer explains how Public Choice Theory applies the methods of economics to the theory and practice of politics and government to provide important insights into the nature of democratic decision-making. Just as self-interest motivates people’s private commercial choices, it also affects […] Who Exploits You More: Capitalists or Cronies?

Via Learn Liberty, Who Exploits You More: Capitalists or Cronies? See also this short book on how political decisions come to be made: Public Choice – a Primer by Dr Eamonn Butler. Or watch Yes, Minister.

The Government have released their Open Public Services 2012 document which focuses on decentralising power to ensure that public services are accountable to the people that use them rather than to centralised bureaucracies. Despite global economic woes, public demand for high-quality services has remained intense. This does not mean that more money should be spent in a hapless attempt to improve services; rather, the only feasible way of making gains in the quality of services is to introduce competition, choice […]

The truth is out about politics, politicians, officials and bureaucracies – the IEA publishes a primer on Public Choice Theory

With the fuel scare over the last week, we saw how a few people in power can shift peoples’ expectations radically and drive them in large numbers to take the same actions. In technical if graceless terms, we have seen how big players shift economic expectations to produce herding. Of course people are responsible for their own actions but politicians and officials influence how people think and therefore what they do. Now, with the release of the IEA’s short primer […]

Via the Adam Smith Institute, Why government doesn’t cut spending (even though it should) — a brief introduction to Public Choice Theory: Cutting tax and spending has concentrated costs and dispersed benefits but state spending has concentrated benefits and dispersed costs. That promotes growing state spending. It means that projects like High Speed Rail or wind farms (for example) do not generally arouse anger beyond those people who will have to put up with the downside. The situation is even […]