Amending the Recall of MPs Bill with Zac Goldsmith 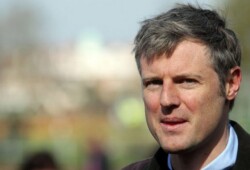 The Government’s Recall Bill is before Parliament. I am signed up to all the amendments brought forward by Zac Goldsmith to deliver voter-led recall. As I have long said here, I am in politics to re-establish a working system of Parliamentary democracy. As a minimum, that means an EU referendum plus proper recall. As it stands, the Government’s proposals involve three stages. The trigger for recall would be an MP receiving a custodial sentence, or suspension from the House. Voters in the […]