The following was provided by the Conservative Party in summary of the Budget 2013. In a tough economic situation, the British people know there are no easy answers or short cuts. But we are succeeding, slowly but surely, in fixing those problems. We’ve now cut Labour’s record deficit by not just by a quarter – but by a third. We’ve helped create 1.25 million new private sector jobs. Interest rates remain at record lows. Income tax The amount people can […] 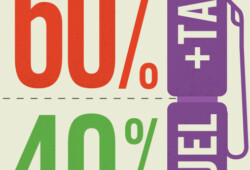