Yesterday, local people met in High Wycombe town centre for the unveiling of our historic Red Lion after its renovation. I was absolutely delighted to see it in such magnificent condition. I truncated my remarks a little but here is my intended speech: We meet today on St George’s Day, the traditional birthday of Shakespeare, to unveil a statue which reminds us that Wycombe is an important historic place in the life of our country. This is a place of Disraeli […]

Book review: A Brief History of Liberty, Schmidtz and Brennan 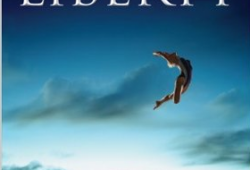 A Brief History of Liberty by David Schmidtz and Jason Brennan “provides a comprehensive, philosophically–informed portrait of the elusive nature of one of our most cherished ideals”. Each chapter begins with a thesis, comprises a lively, engaging and well-referenced discussion and concludes with questions to consider and comprehensive notes. The theses are as follows: Introduction, Conceptions of Freedom. “Thesis: There are several forms of liberty. Whether they are conflicting or complementary is a matter of historical circumstance.” Chapter 1, A […]

Prime Minister of St. Vincent & The Grenadines visits SV2G Historical Exhibition at the House of Commons 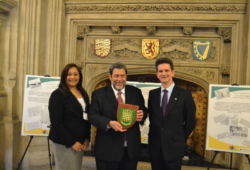 The Hon Ralph Gonsalves MP, the Prime Minister of St Vincent and the Grenadines, and High Commissioner Cenio Lewis CMG, recently attended an exhibition hosted in the House of Commons. The exhibition focussed on the testimonies of three generations of people from St. Vincent and the Grenadines who have settled in High Wycombe. Curated by SV2G, a local community arts organisation that facilitates engagement with creativity and Caribbean heritage through the music of the steel-pan, the exhibition was on display […]

An ordeal of the most grievous kind

Chris Evans reminded us on Radio 2 this morning that today is the anniversary of Churchill’s first speech as Prime Minister — Blood, Toil, Tears and Sweat: We have before us an ordeal of the most grievous kind. We have before us many, many long months of struggle and of suffering. You ask, what is our policy? I can say: It is to wage war, by sea, land and air, with all our might and with all the strength that […]

A brief history of Wycombe hospitals With another consultation in progress on proposals to change health services in Wycombe, I despatched my researcher to discover something of the history of our hospitals. It turns out Wycombe has had three main hospitals and two smaller ones since the 19th Century. As I have said before, I would like to see Wycombe Hospital return to direct community ownership and control. I believe that would end these cycles of disappointment and despair by bringing local healthcare under meaningful control. Foundation Trust […]

Via The great liquidity crisis – 94 years ago, Niall Ferguson provides an instructive review of Lords of Finance: 1929, The Great Depression, and the Bankers who Broke the World: By the summer of 1931, however, it was dawning even on Norman that the world economy was falling off a cliff. With massive bank failures on both sides of the Atlantic, it became clear that the Lords of Finance had bungled things. “Unless drastic measures are taken to save it,” he […] From the Mises store: How Government in the Ancient World Tried to Deal with Modern Problems What a fantastic way to learn ancient history: via the parallels with modern times. H.J. Haskell was a journalist with a huge background in ancient history, and here he does what everyone has wanted done. He details the amazing catalog of government interventions in old Rome that eventually brought the empire down. He shows the spending, the inflating, the attempt to fix prices and […]

The Rise and Decline of the State

Brought forward. I just had cause to share this with a constituent in relation to the Kafkaesque nightmare they face. David Cameron has said that the era of big government has run its course. The foreword to our manifesto sets out the rotten state of Britain (see also Butler) and the change we offer: from big government to big society. What then is the history of big government? How did it come about? Has it run its course? Why has […]

Via “1945-1998” by Isao Hashimoto, a thought-provoking video which puts a particular context on nuclear detonations and radiation: This piece of work is a bird’s eye view of the history by scaling down a month length of time into one second. No letter is used for equal messaging to all viewers without language barrier. The blinking light, sound and the numbers on the world map show when, where and how many experiments each country have conducted. I created this work […] Well, here’s food for thought: When Money Dies: The Nightmare of the Weimar Hyper-Inflation. I think it is clear that we are not yet in that territory, but this chart is worth bearing in mind: More anon…