Yesterday, I voted for the principle of the controversial Investigatory Powers Bill. I very nearly did not: I detest state surveillance as a matter of principle. Unfortunately, the Internet is not only a force for good. It has also liberated and enabled a number of appalling evils which even an ultra-minimal government would have to counter in the public interest. I cannot object in principle to the authorities having investigatory powers appropriate and proportionate to the criminal threat we face […]

Speech on the timetabling of DRIP yesterday

Yesterday in the debate on the timetabling of the Data Retention and Investigatory Powers Bill, I said: Steve Baker (Wycombe) (Con): The subject of the Bill is of profound importance to members of the public who care about such matters, and no wonder because it is the paradigmatic example of the conflict between the rights of the individual and the power of the state as enabled by technology. The Bill can be understood only in the context of the very worst crimes […] 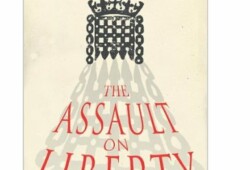 Let’s not be hysterical about CCTV 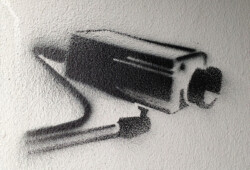 As reported by the BBC and Sky, the CCTV Code Of Practice (PDF) comes into force today. Nick Pickles of Big Brother Watch featured heavily on BBC Breakfast this morning, urging applicability of the code to private CCTV operators. Big Brother Watch writes: The code is a step in the right direction towards bringing proper oversight to the millions of cameras that capture our movements every day. However, with only a small fraction of cameras covered and without any penalties for breaking […]

Remember, remember, the 5th of November As CNN reports, the V for Vendetta-style Guy Fawkes mask has inspired Occupy protesters around the world. CNN points out: Ironically Fawkes, far from being the anti-establishment hero he has come to be seen as in the years since his death, was a monarchist who merely wanted to replace the Anglican king with a Catholic queen. A transcript of his trial with co-conspirators is available here. It’s hard reading for one not accustomed to 17th century English but, in relation […]

Updated. A story on Money Marketing, reporting my comments to them on a letter that two of my constituents received from HMRC as a first demand (notwithstanding HMRC’s claim in the article that it is only sent as a third reminder): A Conservative MP says recent letters from HM Revenue & Customs demanding people pay up or face having their possessions auctioned is an example of behavioural psychology now being employed by the Government. And He says: “We now have […]

I spoke yesterday on clause 3 of the Protection of Freedoms Bill in committee. It relates to the retention of DNA from those arrested but not convicted. Via Hansard: Steve Baker: I support the clause. We have heard a great deal this afternoon about balance; in particular, the balance between evidence and principle has come out in hon. Members’ remarks. Consideration of that balance speaks very much to the nature of the clause. A lot of the talk has been […]

Via Private versus Public Nudging « Mark Pennington on Pileus: Listening to Professor Thaler I was reminded of the claim made by many socialists in the past – Lenin being perhaps the most prominent – that since private firms routinely engage in ‘planning’ there should not be any concern about the state ‘planning’ on  a society wide scale. Yet, as Hayek noted on numerous occasions, to recognise that ‘planning ‘ is an essential element of a progressive society tells us nothing […]