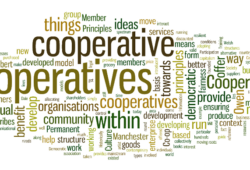 After the success of the Co-operatives in Education debate that I called in Parliament, I pressed the Government on its 2012 pledge to bring in a Co-op Bill: Steve Baker: In January 2012, my right hon. Friend the Prime Minister made a wonderful speech about how to reconstruct an inclusive, just and popular capitalism. He called for a new co-operatives Bill, but that has not yet appeared. I cannot imagine that the Liberal Democrats are opposing it, but I cannot […]

After the debate on Co-operatives in Education that I called last month, I have been made aware of Resolute Education Co-operative Ltd (RECOOP). It provides four key services for schools: Emergency cover when a teacher is absent Cover for planned teacher absences Placement of Instructors Recruitment of full time teachers and instructors RECOOP offers low fees and savings for many schools in the region of thousands of pounds, while teaching members receive equitable pay for their services. It is a […]

I heard this evening from Francis Maude on the work of the Cabinet Office and in particular on the support that has been received from civil servants frustrated after years of sclerotic Labour misgovernment. It appears that asking civil servants for suggestions has released a tidal wave of innovative ideas that were suppressed by a Labour government which spent with utter neglect for value for money. It bodes well for public sector mutuality… In the meantime, I have signed up […]