Scottish and Southern Energy announce proposals for 15% cut to its distribution costs in energy bills. 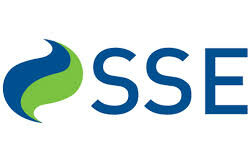 Scottish and Southern Energy Power Distribution (SSEPD) has submitted proposals to Ofgem to deliver a 15% cut to its distribution costs in energy bills. The proposals, for the period 2015 – 23, will be assessed by Ofgem whose role is to ensure that companies running local electricity networks strike the right balance between investing in their networks and keeping costs down for customers. Increasing network reliability, which is currently 99.9%, and protecting it from extreme weather are part of the […] 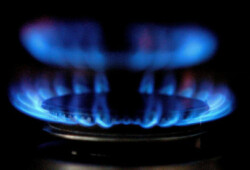 As I have mentioned in the the House previously: It seems that we have vast, abundant and cheap sources of gas in this country. We should be going through a shale gas revolution… Of course there are problems, but as an engineer I just see problems to be solved and risks to be mitigated. I think we should get on with it. British shale gas may represent an opportunity for both economic prosperity and energy security for decades to come. […]

Last week saw the Parliamentary launch of the Home Heat Helpline  (0800 33 66 99). It is a free, not-for-profit advice service to help people who are struggling to pay their energy bills and stay warm this Christmas. In October 2006, the Helpline was initially launched by the Energy Retail Association (ERA) which is the trade association of the major UK energy companies. The latest Helpline report shows that 3.5 million, or one in ten, households are eligible for some form of assistance, […]

I am sure that all Members are here today for the same reason: our constituents are struggling with the excruciating price of fuel. I will explore three practical points that might help, if the Government will allow me. The first relates to supply and the other two to upward price distortions that I believe could be removed or alleviated. Read the rest via House of Commons Hansard Debates for 19 Oct 2011 (pt 0003). I called for a shale gas […]

Security is the building block of all energy policy

NB: this guest post is by Sophie Hirt, my Parliamentary Intern and the views expressed are her own. Security is the key issue at the heart of the Government’s energy outlook and will impact on all the decisions made by the Department of Energy and Climate Change for the foreseeable future. Security, it must be pointed out, is not just meant in the traditional, physical sense, though of course, this is a top priority. Security in this sense must be […]

Via the GWPF, a new report – Shale Gas Shock Challenges Climate and Energy Policies: London, 4 May – The Global Warming Policy Foundation today publishes a detailed report about the shale gas revolution and its likely implications for UK and international climate policy. The report The Shale Gas Shock, written by Matt Ridley and with a foreword by Professor Freeman Dyson, finds that shale gas: is not only abundant but relatively cheap and therefore promises to take market share from nuclear, coal and renewable […]

Here’s interesting. Cella Energy seem to be solving the problem of how to replace gasoline: Cella Energy have developed a method using a low-cost process called coaxial electrospinning or electrospraying that can trap a complex chemical hydride inside a nano-porous polymer that speeds up the kinetics of hydrogen desorption, reduces the temperature at which the desorption occurs and filters out many if not all of the damaging chemicals. It also protects the hydrides from oxygen and water, making it possible to […]

As I have indicated before, the UK needs a new energy policy. Here we go: And via Conservatives propose radical overhaul of Britain’s energy policy: David Cameron and Greg Clark, the Shadow Energy and Climate Change Secretary, have launched plans for the largest overhaul of British energy policy since the early 1980s. With thirteen years of government, a succession of eleven energy ministers, and eight Secretaries of State with responsibility for energy, Labour has failed to take timely action to secure our energy supplies, […]

Ofgem urges a shake-up of the energy market

This post originally appeared at cobdencentre.org. Via FT.com, Ofgem urges a shake-up of the energy market, Sweeping reforms of the UK’s energy market must be brought in urgently to protect energy supplies, reduce greenhouse gas emissions and deliver the £200bn investment needed in the power sector, the energy regulator said on Wednesday. Ofgem said options for reform would include placing more stringent legal obligations on energy suppliers, and “improved market signals”, which could include a higher price on carbon dioxide […]

Via Climate targets can’t be achieved, say energy companies – Telegraph: Energy companies have privately warned the Government that its climate change targets are “illusory” and “delusional” as global leaders prepare to sign up to stricter guidelines at the Copenhagen climate change conference in six weeks. We are already facing electricity shortages: how long before someone suggests we live with rationed electricity? If we are serious about energy security and global warming, what is required is a business environment which will […]