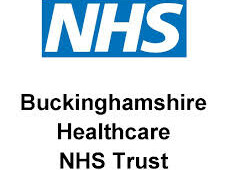 Buckinghamshire Healthcare NHS Trust announced earlier this week a temporary transfer of service for women planning to give birth at Wycombe Birth Centre until the end of November. It is a result of an unanticipated number of midwife vacancies across maternity services. This is obviously extremely disappointing. The last time this happened was in 2010, as I reported here and here. Currently, about 20 mothers give birth at the unit each month, with 700 ante-natal and post-natal check-ups being carried out too. […]

Last Friday afternoon, I was able to listen to my colleague’s debate on Acute and Emergency Services. Dr Philip Lee MP explained to the House his ideas for a consolidated super hospital on the M4 at junction 8/9. During the debate I made this point: He has set a number of hares running in my constituency. Will he concede that a number of NHS professionals, managerial and clinical, differ with him and think that a network of hospitals is an […]

Re-launch of the Royal College of Midwives Parliamentary Panel

Last Wednesday, I attended the re-launch of the Royal College of Midwives (RCM) Parliamentary Panel. The meeting coincided with the publishing of a report by the RCM on the State of Maternity Services in the UK. This revealed that the number of births per year increased by 22% between 2001 and 2010, while the number of midwives had increased from just over 18,000 in 2001 to just under 21,000 in 2010. These statistics suggest that there is a shortfall of […]

Via The Bucks Free Press, news of the imposed temporary suspension of the midwife-led maternity unit at Wycombe Hospital due to staff shortages: WYCOMBE Hospital’s maternity unit will close tomorrow for three months because of a staff shortage. As previously reported in The Bucks Free Press, the Wycombe Birth Centre will close while midwives are trained. You can find a summary of my actions here, including an account of the problem, my call for radical health reform and an editorial […]