My 5 top tips to get and stay in shape 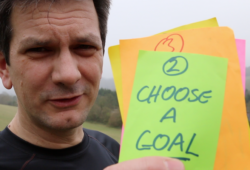 Every year in High Wycombe, they weigh me. In this video, I explain why and give my 5 top tips for those of us who are overweight to get and stay in shape. As I say, we don’t want to be chasing implausible body images. Here’s my video, Body image – it’s time to Be REAL: https://www.youtube.com/watch?v=8CK0q6smLCY. And everyone should eat the right calories: only eat less if you are overweight. MyFitnessPal is here (other calorie counters are available): Website: https://www.myfitnesspal.com iOS: https://itunes.apple.com/gb/app/calorie-counter-diet-tracker-by-myfitnesspal/id341232718?mt=8 Android: https://play.google.com/store/apps/details?id=com.myfitnesspal.android&hl=en_GB […] 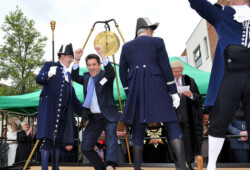 As reported by The Telegraph and The Spectator, I’m publicly weighed every year in High Wycombe along with the Mayor and councillors. It’s an attempt to deter us from gaining weight at taxpayer expense. In each of 2011 and 2012, the cry was “And some more!”. After playing the panto villain in 2011, enough was enough by 2012 and, thanks to MyFitnessPal, Parliament’s gym, swimming and running across the Chilterns, this year’s triumphant result was “And no more!” In shock news, if you […]

It was my privilege today to welcome High Wycombe’s new Mayor, Cllr Chauhdry Shafique MBE, who I am sure will take every opportunity to strengthen this important local tradition and our community in this Jubilee and Olympic year. Beforehand, we were weighed in: My pie-based training routine paid dividends: I was a couple of pounds heavier this year. I duly received the loud condemnation of the crowd. Adrian Edmondson was there with his Ade in Britain film crew and I […]

A serious commitment to crew weight Each year, the good people of High Wycombe weigh the Mayor, the councillors and the MP to check who is gaining weight at taxpayer expense. It’s a magnificent idea but strangely my Westminster colleagues seem reluctant to institute the tradition on Parliament Square. Unfortunately, I put a little weight on in my first year, it turned out. Here’s me making the most of being booed as a pantomime villain after the fateful cry of “and some more!” Happily, the weight […]