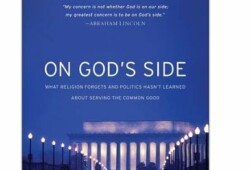 I enjoyed meeting Jim Wallis in Parliament through The Bible Society. He’s undoubtedly a great orator with a huge heart for service to other people in fulfilment of the Christian faith we share. I mostly delighted in his book, On God’s Side: What Religion Forgets and Politics Hasn’t Learned About Serving the Common Good. The book’s key inspiration is a saying of Abraham Lincoln, My concern is not whether God is on our side; my greatest concern is to be […]

Bootleggers and Baptists – explaining the characteristics of government regulation 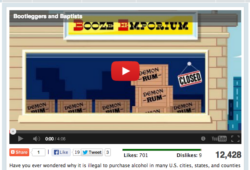 Because I am today a member of a small Baptist church, I feel I can get away with posting this great video which is a little unkind about us. There may be some people at my church who don’t drink but I’m not aware of anyone having a theological objection to alcohol sales on a Sunday and lobbying for a ban. I guess the author of the video has other experiences. The video explains why government regulation tends to have […]

A revolutionary speech – The Wrong Messiah

I gave the talk this morning at Speen Church. We’re not especially Baptist (apparently!) but we do practice the priesthood of all believers. I chose as my theme the book The Wrong Messiah, by Nick Page. From the cover: He came from the wrong social class, the wrong place and the wrong profession. He ate with the wrong people, championed the wrong causes and attracted the wrong kind of supporters. He even spoke with the wrong accent. In fact everything […]

On the way to church this morning, I heard Dido’s new song, No Freedom: No love without freedom – no freedom without love. The longer I spend in politics, the more convinced I become that expanding freedom is near impossible without high standards of individual behaviour towards others. Unless people will choose freely to treat others as they would be treated, it’s difficult to see how politicians, officials and electorates will agree to refrain from the futile and counterproductive attempt […] 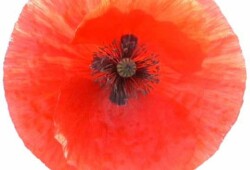 By convention, the MP for Wycombe leads prayers in All Saints’ Church on Remembrance Day and I feel privileged to be allowed to continue the tradition. These are the prayers I used today: Let us give thanks for those who, in the day of decision, ventured their all for the liberty that we now enjoy. May we strive to maintain freedom in our nation, in Europe and in the world, and to safeguard the peace which was won at such cost. […]

I chose to attend the King’s Church High Wycombe this morning as an individual, for no particular reason. It was their Vision Sunday, when the Church sets out its plan for the year ahead. I wouldn’t have blogged about it but for this event with Major General Tim Cross on Wednesday 3 Oct at 19:30 at the King’s Centre: Tim Cross is a retired British Army officer and military logistics expert. He has commanded at every level in various countries and was […]

In an open society, the state’s powers should be limited and contingent, the individual’s expansive and residual. To put it more prosaically, the government shouldn’t boss us around more than is absolutely necessary. It certainly shouldn’t tell us what to wear – as, for example, the Taliban and French regimes do (the one requiring burqas, the other banning them). Read more via Judges now get to decide what we can wear at work – Telegraph Blogs.

C S Lewis is one of my favourite authors and not just for the reserved brilliance of Mere Christianity. In contrast to his strictly Christian writing, The Abolition of Man is essentially a work of political philosophy, a critique of those ideas which seek to escape the body of natural law which has served every successful human civilisation. The Four Loves is somewhere in between. From the back cover, Millions of words have been written on the true nature of love, […]

The foundation of all clear thinking about ourselves

After dashing through C S Lewis’ brilliant if somewhat esoteric 1930s sci-fi/fantasy known as The Cosmic Trilogy, I picked up Jung’s even more esoteric Answer to Job. After all that, it seemed time to return to Mere Christianity, which is so titled because it explains those doctrines which are generally uncontroversial amongst all Christian denominations. The book comprises a number of talks which Lewis gave during the madness of the Second World War, covering right and wrong as a clue […]

As I reflect on returning to Parliament after Easter, it seems a good moment to publish the prayers said every day in the Commons as the House sits: PSALM LXVII. GOD be merciful unto us, and bless us: and shew us the light of his countenance, and be merciful unto us. That thy way may be known upon earth: thy saving health among all nations. Let the people praise thee, O God: yea, let all the people praise thee. O […]