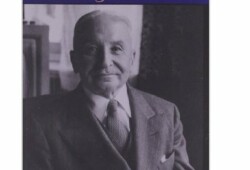 Ludwig von Mises’ 1922 book Socialism: An Economic and Sociological Analysis is the definitive refutation of socialism, ie coercive direction of production and distribution by the state. It is the book which persuaded Friedrich Hayek to turn to classical liberalism. He wrote in his foreword, Socialism promised to fulfill our hopes for a more rational, more just world. And then came this book. Our hopes were dashed. Socialism told us that we had be looking for improvement in the wrong direction. […]

Reform the Council of Europe and abolish the EU

Via Angela Merkel: Brussels should return powers – Telegraph: Angela Merkel, the German chancellor, has raised Conservative hopes for David Cameron’s European policy by saying that the European Union should discuss returning powers from Brussels to national governments. Good, though I am not surprised. Having had breakfast recently with the German Ambassador, I know devolved powers are consistent with the German vision of a federal state. All the while politicians insist on policies of interference with business within a customs union, […] Yesterday, I spoke against Clause 35 and schedules 15 to 17 of the Finance Bill 2013. They introduce tax relief for “high-end” television production (that is, posh drama and comedy) and video games development. They’re industries I’d like to see flourish but not by granting special privileges. It’s special privilege which is the most egregious objective of lobbying: it represents a subsidy for a preferred group at everyone else’s expense. I began by provoking laughter, for this kind of measure deserves to be […]

The TARP song, which shows people can find a way to laugh at most things (contains moderate bad language): TARP is the Troubled Asset Relief Program, a massive bailout in the USA. In a similar vein, The Spectator recently reported a truth about current monetary policy: QE — the ultimate subsidy for the rich. All this is something I have written and spoken about many times — e.g. If this is capitalism, I am not a capitalist. Crony capitalism must […]

For a contemporary and historical account of the scale of the state and its relations with nominally private business, I recommend David B. Smith’s excellent Living with Leviathan: Public Spending, Taxes and Economic Performance: In the last 90 years the proportion of national income spent by the UK government has increased from around 10 per cent to nearly 50 per cent. This general trend has been followed in most other developed countries, although levels of government spending are much higher in […]

The Government’s plan to “decarbonise the transport fleet”

Following a Transport Committee oral evidence session on Low Carbon Vehicles, I have received a letter from the Minister, Norman Baker MP (no relation). It’s not necessary to reproduce the lot, but I do wonder if car enthusiasts, or indeed drivers generally, realise that: … the Carbon Plan 2011 showed that we need to virtually decarbonise the car fleet by 2050 and new cars by 2040 to meet our 2050 80% GHG reduction target. To have a reasonable chance of […]

Will the Chancellor back a Competition Commission inquiry into LIBOR setting?

Before I left Westminster on Thursday, I submitted this written question to the Chancellor for answer on 2 July: Steve Baker (Wycombe): To ask Mr Chancellor of the Exchequer, if he will make an assessment of the need for a Competition Commission inquiry into the routine procedures for setting LIBOR. via the Order Book Combined [2 July 2012 (the ‘Questions Book’)]. With Sir Mervyn King calling for the key market price of LIBOR to be set by a market, there is […]

The transformation of our society: the Labour vote and state spending Two charts show how our society has been transformed in the last century or so: the party share of the UK popular vote and UK state spending as a proportion of GDP. Via Wikipedia, the parties’ vote shares since about 1830: And via 2020tax.org, an updated chart I have used before: David B Smith’s historic look at the growth of state spending since 1870: Anyone who thinks this is a crisis of freedom is at best ill-informed. This is a […]

This is a crisis of state intervention In the past few posts, I reproduced the economist Ludwig von Mises’ 1949 explanation of “the crisis of interventionism”, which insisted that the “third way” is a system of economic organisation which cannot last. We must choose between either state socialism or a free society. State socialism would be chaos but “Nothing suggests the belief that progress toward more satisfactory conditions is inevitable or a relapse into very unsatisfactory conditions impossible.” Many seem to believe we are in a crisis of […]

Blogging will be light for a few days for reasons which will become apparent when I return to it. In the meantime, I wanted to offer some prescient writing from Mises’ 1949 masterpiece, Human Action on the crisis of well-intentioned economic intervention. Via Human Action chapter XXXVI: The End of Interventionism, including the “third way”: The interventionist interlude must come to an end because interventionism cannot lead to a permanent system of social organization. The reasons are threefold. First: Restrictive measures […]